The numerous advantages offered by UV inks such as sharper graphics and richer colours, have made it the preferred ink by most narrow web printers. Unfortunately  a phenomenon commonly known as “spitting “ that only occurs when printing with UV inks remains a major problem in many pressrooms.

Spitting is when the ink is sprayed on to the web in an uncontrolled manner. This is caused when the doctor blade lifts because of excessive doctoring pressure allowing the UV ink to pass under the blade and spit on the web. 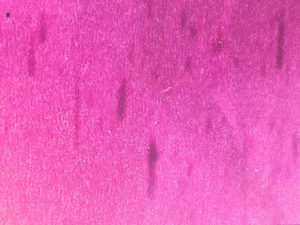 Spitting is a characteristic specific to UV inks as water or solvent based inks never encounter this problem. But what does cause UV spitting?

Many studies have been carried out along the years without any conclusive answer.

One contributor factor would be the higher viscosity of UV inks that can be five to seven times higher than water or solvent based inks.

Higher viscosity puts more pressure on the doctor blade making it to lift.

Another contributor is the thixotropic nature of UV inks. The viscosity of UV inks decreases when subjected to stress. Stress is applied to the ink when it comes into contact with the doctor blade. The sudden drop in viscosity at the doctor blade- Anilox point may allow the ink to flow underneath the blade resulting in spitting.

Understanding the possible contributing factors of spitting will help to  find the solution to this costly problem.

Changing Ink viscosity and print speed might not be a commercially viable option, however changing doctor blade and Anilox type is and it’s a far more effective way to prevent and eradicate spitting.

Recommended Blade contact angles for flexographic printing are between 25 degrees to 40 degrees with the optimum angle being near 30 degrees. Contact angles lower than 30 degrees are not very efficient and may leave some surface ink on the Anilox that could contribute to spitting. For UV inks the contact angle should be at least 30 degrees or higher to minimize UV spitting as a higher angle will resist deflection better.

Applying too much pressure to the blade will create a very flat angle that will cause the tip of the blade to lift off the Anilox surface, this will allow the ink to pass under this portion of the blade and transfer to the plate and to the substrate, causing spitting.

A general rule of thumb in flexographic printing is always to use the thinnest blade possible while still being able to achieve a consistent wipe.

However with high viscous solutions, thicker blades have always been used as they  resist deflection better, minimizing spitting. Using them in print applications could compromise quality as the thicker blade will provide a thicker ink film which will affect the definition and sharpness of the printed images.

New blades have been developed which are thicker at the base to reduce deflection but still offer the same quality of wipe as the tip of the blade remains the same.

By stiffening the base of the blade, the blade holds its position, allowing for a correct metering of the ink and withstands better the pressure posed by the UV ink which causes the blade to flex and therefore reduces significantly spitting. (Fig. 2)

Fig. 2 Doctor blade with thicker base. Image supplied By Daetwyler (One step blade).

New polymer blades have been developed to combat UV spitting from a different field, that of the material surface energy.

The new polymer blades have a lower surface tension than steel. This decreases the attraction between the doctor blade and ink and reduces the amount of ink accumulated behind the doctor blade that can cause the blade to lift allowing the ink to pass through causing “spitting”. 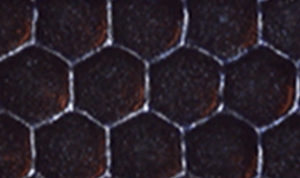 The Majority of Anilox used today are engraved with a hexagonal 60 degrees angle (fig. 3). Whilst its attributes and performance advantages over previous cell patterns are well known so are its limitations in terms of ink release and spitting.

Because of the ink release limitations of the hexagonal 60 degree pattern, a new range of elongated hexagonal cell engravings has flooded the market. ( see fig. 4) 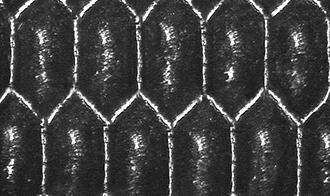 In both types of engraving the pattern created is a hexagonal closed-cell. As the cells are not linked in, the ink cannot not flow across the engraved Anilox surface as it rotates  and the only way out from the cell is upwards. Due to its high viscosity , UV ink tend to accumulate behind the doctor blade causing the blade to lift  allowing the UV ink to pass underneath causing the spitting.
This new elongated hexagonal engraving is vastly better at ink release and transfer and therefore has become the preferred choice of many printers. However in the spitting front  these engravings increase the amount of ink being transferred at the blade/ Anilox interface thus increasing the chance of spitting. 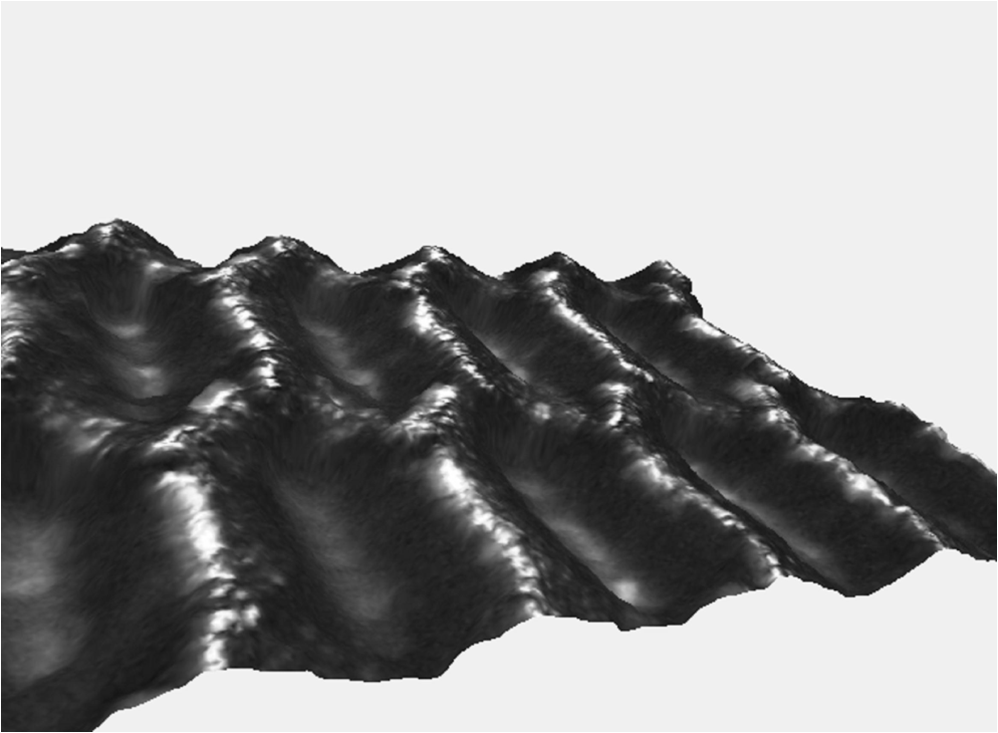 A study carried out in the last quarter of 2014 by Cheshire Anilox Technology revealed that the use of channel engravings, particularly MaxFlo+, effectively eliminated UV spitting. Fifteen different UV label printers took part in the trial where four types of engraving were tested. All fifteen printers that participated in the trial currently encountered spitting in their operation, the different Anilox engravings tested had the same cell volume leaving the rest of print variables unchanged: the same doctor blade, substrate, backing tape, plate, print impression were maintained in each test.

The trial was double-blind, meaning that neither the printers nor the researchers knew which Anilox engraving was being used at the time of the print trial. The different engravings were referred as type A, B, C and D in order to differentiate and record data.A study carried out in the last quarter of 2014 by Cheshire Anilox Technology revealed that the use of channel engravings, particularly MaxFlo +, effectively eliminated UV spitting. Fifteen different UV label printers took part in the trial where four types of engraving were tested. All fifteen printers that participated in the trial currently encountered spitting in their operation, the different Anilox engravings tested had the same cell volume leaving the rest of print variables unchanged: the same doctor blade, substrate, backing tape, plate, print impression were maintained in each test. 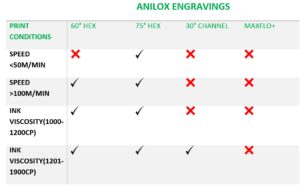 UV ink spitting is a common problem amongst UV label converters that can be successfully managed by following good operating and housekeeping practices but most importantly by selecting the right choice of Anilox.

Work with your Anilox, ink and blade suppliers to determine the best solution that works for you in order to minimize the potential of UV spitting.

NB: MaxFlo+ was names in 2014-15 MaxFlo UV. The name was changed in September 2015 to better reflect the versality of this screen that can be used with all types of inks. 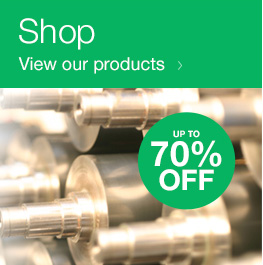